My main concern about teaching in India or at any university was that I needed room and board. I have that at DSVV also and it works out great. Otherwise where would I stay? So here at Subharti also, I requested room and board and sustenance for my time there. I got only the first.

Initially I was placed in the Guest House, by miscommunication, then shifted to the Post Graduate Girls Medical Hostel. I had been assigned a room and was to eat in the mess (cafeteria) with the girls. Subharti could not cover my food or gave me any compensation for the two months I was there. I was okay with that, because in some cases, experience is more important than money. I boy did I get some good experience there! 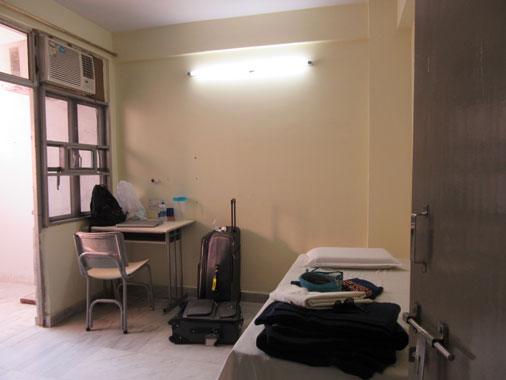 The girls hostel, Rani Durgawati Post Graduate Hostel (RDPG) was one of the newest hostel with really large rooms, an attached bathroom and a balcony. Very comfortable. In the room was a bed, a table, a chair and one cupboard. I had requested some bed sheets and blankets, as it was still cold and I was not interested in buying any blankets. They were nice enough to provide those. There was AC in all the rooms, and hot water in the bathroom. There were about 40 rooms on one floor and the hostel itself had 6 floors – so yes about 240 rooms! Really large.

A cleaning lady came every day to see if needed cleaning. The dhobi, (laundry guy) came twice a week and of course charged money for the washing. I still had to wash some of clothes myself.

The mess (cafeteria) was comfortable. Each hostel had their own, and so the food could be different too. I was okay with mine except that after 2 months, the food got boring. No one changed the menu. There were four meal times: breakfast, lunch, tea and dinner. 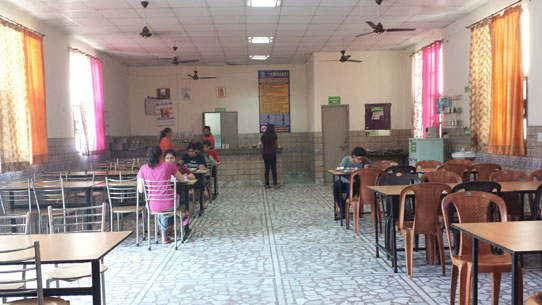 All meals were fine, food was cooked well, except it was little hot for me. Sometimes I felt there was too much fried food – pakoras, puris, bhatura and the paranthas were quite oily too. There was not much choice in food. Breakfast had one or two items, tea time had one snack, lunch dinner was always a daal, vegetable, rice and roti. Very standard. There were plates and spoons and glasses there. It was self serve for most part. There was never a long line or no place to sit. There was enough time for girls to come and eat at various times. The girls however did cut lines a lot!!

I had to buy a few things right on the first day – like a bulb! They did not provide bulbs in the room. I bought some hangers, a rope to hang my clothes, a small towel to place outside the bathroom and a small stool to keep my soap-shampoo. In this big beautiful bathroom, there was no place to keep soap. The sink was also so tiny!

I had to buy Wifi access from the university, but after that Wifi was there and strong signal. There was a drinking water cooler in the middle of the building on each floor. I had my own jug which I filled every day. 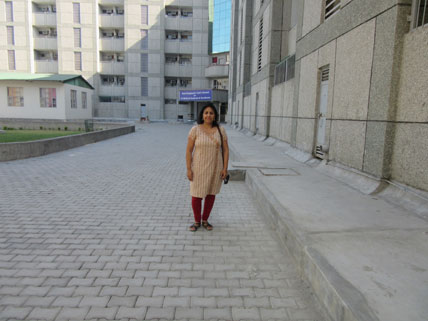 There were many ladies around, some gatekeepers, some cleaner, assistant warden etc. there were always ladies saying hello and bye. It was a little tiring. These ladies were generally quite noisy and in my opinion quite useless. Only one or two were really working, the rest were just sitting around talking. Subharti could have easily decreased the staff or their hours. Towards the end of my time there, I really got annoyed by all the talking by the night staff. The chatter was just too loud, and they did not listen to anyone when told to keep quiet.

Repairing and fixing was very efficient. Today I had to send a request and the next day it would be fixed.

There was not much greenery around, probably because these were new hostels. A small garden the middle of the three hostels was just starting to show plant growth. Maybe in a year or two it will be prettier.

All in all, living there was quite comfortable. The most uncomfortable thing for me was the men in the mess. They would always be staring. And there was just this feeling, at least for me, that I could not dress the way I would at home, because of them. All the other girls did not seem to care.

In any case, it was a good experience, one I would not care to repeat. I am too old now to do all this stuff without some meaningful benefit.